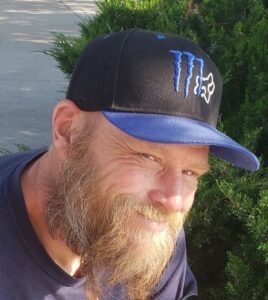 Russell was born on December 10, 1977 in Preston, Idaho to Brent and Suzanne Strong Rawlings. He grew up on the family farm in Fairview, Idaho with his siblings Billy and Brenda. He attended school in Preston and graduated with the class of 1996. He attended College of Southern Idaho (CSI) in Twin Falls, Idaho graduating in 1998 from Cabinet Making.

He was preceded in death by his grandmother, Faye R. Oliverson, his sister Brenda Sue Beltran and his father Brent Merlin Rawlings. On October 18, 2019 he married the love of his life, LeeMary Caraballo-Garriga.

He is survived by his wife LeeMary and their three children, Brenym, Gabriela and Gadiel. He is also survived by his mother, Suzanne Rawlings and by his brother, Billy (Darci) Rawlings.

Interment will be in the Fairview Cemetery.