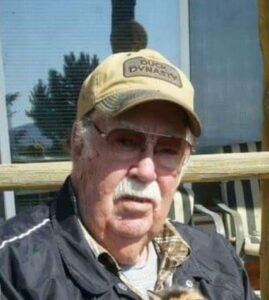 Richard spent his early years in and around Grass Valley, CA. where he was frequently found fly fishing the Feather and Yuba rivers or any other body of water that he could reach. The family moved to Byron, CA. for a short time before relocating to Rocklin, CA. in 1953.

Richard graduated with the class of 1957 from Roseville High School and shortly after went to work for Aerojet General, Gencorp. As a young man, Richard also began working as a Reserve officer for the Rocklin Police Department. During this period, he met and married Pamela J Holm with whom he had two children and would later divorce after 17 years of marriage.

In late 1963 Richard left Aerojet to become a fulltime officer. Then in 1967 he and his family relocated to the coast where he worked as an investigator for the Mendocino County Sherriff’s Office. However, in 1969, home called and he returned to the Rocklin Police Department where he eventually promoted to the position of Chief of Police. Unable to get the coast out of his system, he would take the family for annual summer vacations to Fort Bragg, CA. where he could spend some down time with the family, take in the scenery, fish and rekindle old friendships. After leaving the Police Department, Richard returned to Aerojet General, Gencorp where he worked as a Manufacturing Supervisor on a number of various Rocket and Missle systems to include the Pathfinder, Polaris, MX, Minuteman and Hawk. Upon his retirement in 2001, he relocated and found his new home in Weston, ID. where he settled in and became a known fixture within the community. He often stated that he had found his “forever home” among the people around him.

Always the avid hunter and fisherman, as years passed, he found that he would rather take a drive and simply enjoy the sight of the various wildlife that he encountered along the way. He always bristled when his friends and family would accuse him of having gone soft. However, this became evident in the fact that he never met a stray that he wouldn’t feed or take in. Throughout his life, he had often been referred to as “Battman” but his love of the local strays lead to his new moniker of “The Catman”.

Richard was extremely quick witted and had an exceptional sense of humor which remained with him until the end. All will miss the witty limericks that came with every birthday call!

He is preceded in death by his mother and father.

He is survived by his brother Joe C. Batt (and wife Patricia) of La Pine, OR; Daughter Patty A. (Batt) Luckett (and husband Greg) of Malad, ID; Son Michael L. Batt of Coram, MT; five grandchildren and four great-grandchildren.

No formal services are currently planned.