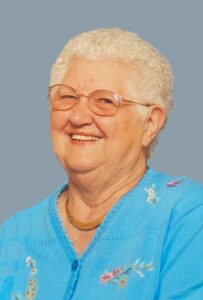 She was called to serve in the Spring of 1954 to the Western States Mission for the Church of Jesus Christ of Latter-Day Saints. Marise married her sweetheart, Charles Edward Barrett on June 7, 1957 in the Idaho Falls LDS Temple. Charles preceded her in death on January 4, 2014. She taught elementary school in Logan and Idaho Falls, Idaho. Marise and Charles and lived in Milo, Idaho for 51 years. She and her husband moved to Brigham City in 2011 to be closer to her daughter. Marise was an active member of the Church of Jesus Christ and served as the Ward Librarian for many years. She also served in other callings and was a faithful visiting teacher.  She enjoyed reading, sewing, cooking and socializing with friends and being with her family. She taught 4H for several years and had the largest group of students enrolled in the county. Marise loved being a volunteer at Ucon Elementary School in Idaho.

The family would like to thank Encompass Hospice Staff and especially, Kaylee Ranjel.

She was preceded in death by her parents, her husband and her older brother, Glen Larson.