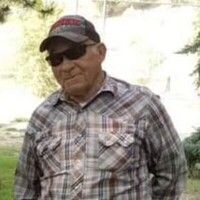 Jack Leroy Foster SR, 82 Long time resident of Robin Idaho passed away on October 17th, 2021.  His passing was peaceful, Mom was at his side and a lot of his family. He had done a diligent fight but was unable to beat this last ailment. Dad was a 10 year lung cancer survivor. He was thankful for the extra time he was given.

Dad was born in Idaho Falls, Idaho to Freeman and Mrytle Foster. He was the middle sibling of their 5 children. He was proceeded in death by 3 of his siblings (Velma, Barbara, Steve) and survived by John foster.

Dad and mom( Rose Wilson) were married on Sept 23, 1958 in Lewisville, Idaho. It has been a great and wonderful love story for 63 years.  Dad had just had is 82nd birthday on October 8th.

Dad served in the Airforce and was stationed in England and Denver and Texas.

Dad was an avid John Wayne fan and he was an inspiration to him through his life.

Dad worked for FMC Corp in Pocatello, Idaho for 42 years till his retirement. Where he worked as a panel Board operator. Dad was known to be a little prankster at times. He had many friendships that he still talked about. He was best of friend with Dallas and Carol Winder and we came to know them as family.

They had lived in Pocatello until 1970 near his sister Velma and Jonesy. Then in 1970 they moved to Robin Idaho. This is where they developed a lifelong friendship with the Capell family.

Dad was an avid outdoorsman. He loved to fish, hunt and spent many days camping. He won many of the big pheasant contests at FMC. He was kidded about how he always won. Told the guys he tied them up by the Tail to lengthen them out. Dad enjoyed all the people he worked with and was proud of his friendships in life. These friendships also carried onto all his neighbors in Robin. He was Papa Jack to many of the kids in the neighborhood.

Dad was a great horseman and passed that along to all his family. It has become quite a legacy in our family. Matte has excelled in this and was her grandpas joy. Dad taught us all to respect,care and love  our animals.

Mom and Dad had enjoyed some traveling and had seen quite a few places in the last few years. We had gone to Arizona to horse shows, Barret Jackson car shows, Tombstone, they were able to go see the Grand Canyon, Sedona and go to a lot of the John Wayne museums. Dad just didn’t make this the trip this year to Arizona, he wanted to see Matte’s Crossfire Ranch again. Dad had a love for all that his kids, grandkids and great grand kids have accomplished. They were a great joy in his life.

He has 5 children, 16 grand children and 34 great grandchildren. There is a lot of Four legged grand pets.

He is survived by his sweetheart Rose, 5 children RoseAnn and Gene vaughan, Jack Jr and Judy foster, Greg and Carline foster, Tom and Monica foster and Becky and Jeff Johnson. Many grand kids and great grand kids.

He was preceded in death by his parent Freeman and Myrtle foster, 3 siblings Velma and jones, Barb and Leo, brother Steve Foster, chance foster a grandson, great grandchildren Macey and Axel.

Dad is our hero and our anchor. His presence will be missed but cherished as he made us all better people. Rest in peace.