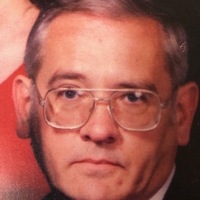 Douglas Wilford Young, age 77, passed away peacefully at his home on October 17 after a long illness. Douglas was born on July 9. 1944 in Salt Lake City, Utah to Wilford Thomas Young and Ada Jane Asper.  He had 2 older brothers William and Gene Paul. His father was a Salt Lake City Police Captain. Douglas grew up in Salt Lake where he attended grade school and East High School. He worked helping the school janitor when he was in Jr. High school and later was employed by the Salt Lake City Water Department as a teenager.

Douglas attended the University of Utah in Salt Lake and received his Masters of Business Administration. In 1968 he was drafted into the army. He met his wife, Crystal Burrup, in 1967 on the University campus and they were married on December 2, 1968. Four weeks later Douglas was sent to VietNam where he served in the Army  Aviation. He was trained as a helicopter mechanic. Upon his discharge from the army in 1970 he returned to Salt Lake and upon taking the civil service exam was employed by Army STRATCOM at Fort Huachuca. He worked as a budget analyst and a program analyst for the federal government until his retirement. He received many awards over the years and two letters of co~mendation from two United States Presidents.

He is survived by his 5 children: Gregory Young (Marieca); Kimberly Ann (Robert Cherny); Wendy Jean (Nate Herrscher); Brenda Jean (Gregory Geisler); and Linda Marie (John Peterson) and 20 grandchildren and 3 great grandchildren with one on the way.

He enjoyed weight lifting; mechanics; car maintenance; do it yourself projects; rock hunting and geology; scouting and being a Webelos leader. He was knowledgeable of world events, investing in stocks; and one son-in-law described him as “a collector of various tools”.

Doug was active in the Church of Jesus Christ of Latter-day Saints all his life and served in many positions over the years. He loved his family and always put them first. He was always looking for ways to support and help them. He had a refreshingly dry sense of humor. His integrity and dependability were profound in his dealings with family and friends. He will be profoundly missed!

The family would like to express deep appreciation to Dr. Blair Goodsell and the Casa de la Paz Hospice facility for their expert care and support during Doug’s final days. We also express thanks to Hatfield Funeral Home in Sierra Vista for their coordinating services and transportation along with Horsley Funeral Home in Malad, Idaho.

Funeral services and interment will take place October 28, in Downey, Idaho under the direction of Horsley Funeral Home.

In lei of flowers, the family would like you to reach out to someone in need and help them when you can.