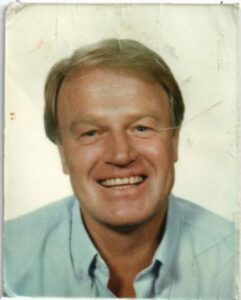 Bob was a professional manager, business owner, and salesman. He enjoyed golfing, the outdoors, long sightseeing trips with Connie, his family, extended family, and his dogs CJ and Charlie.

He is survived by his wife Connie, his children, Jeff (Michelle), Darren (Dianne), Robyn, and Ryan (Sharon), his 24 grandchildren,18 great-grandchildren, his sister Jerrelyn (Jeri) Bray Jackson, and Suzzanne Bray his daughter-in-law.

He was preceded in death by his parents Orval and Olive, his brothers Boyd, Clark, and Alan. Lisa (Germer) Bray his daughter-in-law. And his grandsons Clayton Garvis and Colby Bray.

A special thanks to Dennis and Kevin Lemke, Marchion McKay, Linda, and Nelson.

Funeral services will be held Saturday, October 16, 2021, at 2 PM at the Preston Cemetery.

There will be a viewing held at the Franklin County Funeral Home located at 56 S. State St. in Preston Idaho at 1:30 PM, and then the interment will be held at the Preston Cemetery.