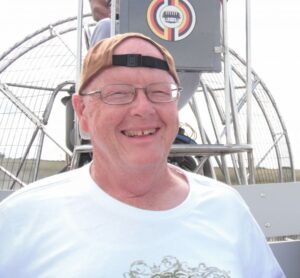 Robert Sidney Hanger 80 of Preston, passed away Sunday morning October 10, 2021, at the Preston Hospital. He requested to be removed from life support ending his suffering caused by severe lung damage caused by COVID. He was born June 29, 1941, to Sydney & Virginia Hanger in Salt Lake City, UT. He married Wendy Hansen Hanger on June 25, 1970, in the Salt Lake City, UT Temple and they spent 51 years together.

He worked as a Mechanical Engineer for several years then started his own HVAC Test & Balance Co, which is still going strong and is now owned by his son-in-law Tim Thorpe. He loved having his own company because he only had to work ½ day shifts, and it didn’t matter which 12 hours he worked.

He enjoyed camping, horse pack trips into the High Uinta’s, 4 wheeling, collecting guns, and loved to fly airplanes. He had his private pilot license and flew until his wife said he was too old to be safe. He loved music and enjoyed playing the piano and had the opportunity to play the organ for the Logan temple. He loved to serve and had many church callings including, Sunday School President, Music Director, Ward clerk, Executive Secretary, and ward missionary. He should have been a greeter as he loved to walk down the aisle and greet people.

For the last 10 years, he worked as an ordinance worker in the Logan temple and this became his greatest passion. He loved the work and had a strong testimony of the importance of temple work and felt blessed to associate with wonderful fellow workers forming very lasting friendships.

No formal services are being conducted, but there will be an informal celebration of life and luncheon at 12 p.m. Saturday, October 16, 2021, at the Whitney church, for all friends & family.

Arrangements are under the direction of Franklin County Funeral Home, Preston.