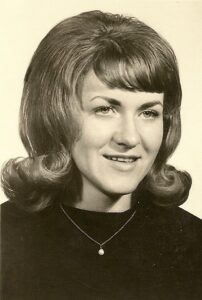 Bobbie was born on June 27, 1947, in Brigham City, Utah, to Robert and Shirley Stack. She was the oldest child and only daughter to her loving parents. As a young girl, Bobbie loved working at Harry’s Fruit Stand, where she developed an amazing work ethic. She often told stories to her children and grandchildren of living in Perry, ice-skating with her school class, picking fruit, and having a wonderful family.

After Bobbie graduated from Box Elder High School and LDS Seminary, Bobbie married Gerald Hardcastle, whom she met on a “blind date.” While Gerald attended law school at the University of Utah, Bobbie worked at Hill Air Force Base and gave birth to their first child and daughter, Gerri Lynn. Bobbie and Gerald later settled in Las Vegas, Nevada, and had one son, Erik, and another daughter, Courtney.

A few years after she and Gerald divorced, Bobbie married Keith Arthur Parke, and they were married for thirty joyous years. They loved traveling, dancing, camping, spending time with their children, and being grandparents to Zachary and Faith Craig.

Bobbie was an active member of The Church of Jesus Christ of Latter-day Saints. Her favorite church organization was the primary, where she faithfully served as a primary president and teacher. She believed that if Jesus came to church, He would go to primary. Bobbie was generous and loved to serve others.

Condolences may be sent to the family at www.myers-mortuary.com.