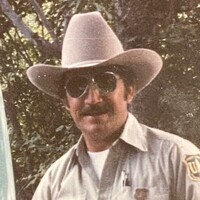 He was raised and educated in Malad and was a graduate of Malad High Class of 1969.

He attended College of Southern Idaho for a time then returned to Malad working for some local businesses. In 1973 he became a seasonal employee for the U.S.F.S as a firefighter which began a 46-year career in the forest.

Don became a full-time employee early on and was involved with many aspects of management of Caribou/Targhee National Forest including Range Management, Fire Suppression, Recreational Uses, Forest Safety and Rules Enforcement.

He was also made a member of an Incident Management team and traveled most of the west and across the country all the way to Puerto Rico where the team managed a lot of large fires and hurricane damage during his time.

Proud of the Caribou/Targhee he was known as “ONE WHO RODE THE BRAND”.

Don retired from the U.S.F.S as a Recreation Tech in August 2019.

Don enjoyed anything outdoors and was an avid hunter and fisherman. He purchased his grandparents’ home and through the years constructed it into his own cabin in the woods where he kept his favorite things, his horses, his mule, and his pickup truck.

In the few years before Don retired, he spent much of his time caring for his mother, along with Shirley who was also a constant companion and caregiver for Harriett. Shirley remained a loving and caring friend to Don.

He was preceded in death by his parents Derrald and Harriett, brother Alfred and brother Jim.

For those wishing to pay their respects there will be a graveside service held Friday October 1, 2021, at 11:00 a.m. at the Malad City Cemetery Malad, ID.

In lieu of flowers please support your local forests through fs.usda.gov or nationalforests.org