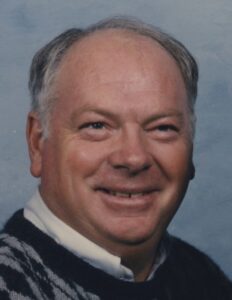 Gene’s search for the elusive Utah Mormon Pioneer Trail ended September 24, 2021. After an eight year struggle with the effects of a stroke, he can finally have a conversation.

On February 20 1939, Orson Eugene Jensen was born to Lena Udora Miller and Orson Emil Jensen in Penrose, Utah in his grandparents home.

He grew up riding horses, playing the usual boyhood games and working on the farm. He attended Thatcher School and Bear River High School. He continued his education at Brigham Young University for two years before serving a mission in Brazil for the Church of Jesus Christ of Latter Day Saints.

Returning from his mission he visited Palmyra, New York where he met Judith Ward who would become his wife on June 16, 1965.

His education continued at Utah State University in Political Science. After completing that he went onto Madison, Wisconsin completing two Master’s Degrees, one in Portuguese and one in Rural Sociology.

While an instructor at Anoka Ramsey State College in Minnesota, he had the opportunity to work on a PHD at Stanford University. Once he received his PHD in Sociology, a job at the University of Texas, in Austin, became available.

He moved his family to Austin where they spent seven years before moving back to Penrose, Utah where he worked many different jobs to support his family.

Gene loved classical music and sang in a number of choirs. He spent many hours in the libraries researching the Mormon Trail. He enjoyed taking pictures with his D20 camera, especially pictures of that trail. His greatest desire was to publish a book about the trail.

He served in many church callings including Elder’s Quorum President, Scout leader, and a Primary teacher. He served a mission researching internet sites suitable for family history research. He was an ordinance worker in the Logan and Brigham City temples.

Gene is survived by his wife, Judy and his four sons Jonathan (Jackie), Charles, Steven (Myra) and Christopher (Kelsi). And his six grandchildren, Sheldon, Brady and Josie Jensen, Laurie (Kyle) Funk, and Lena and Coco Jensen. And by one great-granddaughter, Adeline Funk. He is also survived by his two sisters, Joan Rollins and Marlena (Jim) Griffin and one brother, David Jensen.

He was preceded in death by his parents and two brothers, James Paul and Michael Bruce, and his son James Myles.

A funeral service will be held at noon, following the viewing.

Interment will be at Brigham City Cemetery.

The family would like to express gratitude to the staff and caregivers at Sunshine Terrace who diligently cared for him the past seven years.