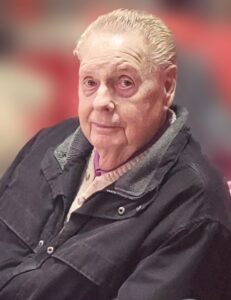 Darwyn A. Howell, of Smithfield, Utah, age 85, quietly and peacefully passed away at home, on Saturday August 7, 2021, as a result of complications from cancer.

Darwyn (a twin) was born in Preston, Idaho on February 12, 1936, the son of William Noel Howell and Cloe Leona Andersen.

Darwyn and his identical twin brother, Delwyn, were the talk of the town, and everywhere they went, their parents, “Noel” and Cloe, would proudly show them off.

At age 9 the family moved to Spokane, Washington, then moved to Coronado, California for about one year. It was there that the twins attended their first year of high school as freshmen, then back to Spokane. Darwyn and Delwyn were known as “basketball stars” during their high school years. If an opponent figured out a way to defend one of them, the coach would just switch their jerseys, and none were ever the wiser. They attended and graduated from Central Valley High School in Green Acres, Washington.

Prior to moving to Farr West, Utah, Darwyn lived and worked much of his adult life in the Spokane, Washington area, as an iron worker and bridge builder. After moving to Utah, he worked at Morton Thiokol, as an Inspector in Quality Control, for 12 years.

While residing in the Ogden/Farr West area he met and married Mary Diane Turner. After “Diane’s” passing in 2006, he relocated to Smithfield where he bought a home with a view of the 18th fairway – Birch Creek Golf Course.

Darwyn loved to golf, in fact you could say he lived for golf, and was a fierce competitor right to the very end! He golfed almost every day, weather permitting, and often times when the weather wasn’t that favorable – a true die hard golfer!

He had a unique sense of humor, and always had a joke or an expression to share, to lift someone’s spirits, at any moment, and for every occasion, even up to just minutes before his passing, sharing his humor with the nurse.

He had a passion for shiny red things and just couldn’t resist frequently buying a brand new car off the showroom floor, a big screen television or a new set of golf clubs every year.

Darwyn’s passing will leave us all, with an unfillable void, as all who knew him, couldn’t help but to love him.

As a family, we would like to express our appreciation to all those family members and friends who visited and cared for Darwyn, including, Jason Jones of Aegis Home Health Care and Hospice, along with Rachel, Becky, Lauren, Julie and all the other medical professionals and nurses who provided care during those difficult final days, and particularly to Nola Gay for her time, assistance, and care giving, in the home, during Darwyn’s final weeks as well.

To Bishop Kirk Hunt and Brent Lee of the 17th Ward, thank you for your watchful eye, your diligence, concern, and patience and to Dave and Kay Dawn Falslev, and others, for the many hours spent together on the golf course as golfing buddies. We can only image, were it possible, that all the flags (on the greens) would be flying at half-mast, all week long, in Darwyn’s honor.

Thank you to Lindquist’s Ogden Mortuary for arrangements and Lindquist’s Washington Heights Memorial Park where Darwyn will be laid to rest, with military honors – for recognition of service in the Naval Reserve.