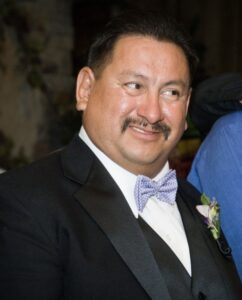 Retired diesel mechanic/salesman Robert Speer’s love of life didn’t come to an end with his death. Robert/Rob/Bob/Pops/Grandpa peacefully passed away Thursday July 15, 2021, at the young age of 68. He had valiantly been fighting the last 7 months with secondary complications of pancreatitis. He was surrounded by his loved ones, who will now continue to honor his legacy by living their lives to the fullest with his spirited memory in their hearts. Robert Leo Speer was born on August 14, 1952, in Ogden, Utah to parents Benjamin and Lydia Speer. He was raised in Layton, UT, and was the 3rd of 6 sons born to the couple. It was there that he met the love of his life, Marianne Pacheco, two doors down on Kirk Ave. She was in the 6th grade, and chased him around until she caught him 2 years later.

They both attended and graduated from Layton High School. They married August 21,1971, and soon after welcomed their first son, Monte, in February 1972. As their young newlywed life began, life’s never ending curve balls came their way. After the sudden passing of Marianne’s two parents in 1975, they both decided to take in and care for Marianne’s younger brothers and sisters. Asthey continued to grow their own family (son Dominic in 1976, and later on a daughter, Roberta, in 1983), they raised all the children together and loved each and every one of them. He worked multiple jobs to nurture the big family, and made sure everyone in that home grew up together, cared for and loved. He worked as a skilled diesel mechanic for many years, and went on to work and get‘ from underneath the truck’ to a position as an outside salesman, selling a wide variety of auto parts.

He loved working with the people and being able to help anyone out with their automotive troubles. He would always be the one walking around someone’s car, checking the tires, checking the oil, and making sure the vehicle you were driving was safe to travel in. Work aside,he loved to be outside, anywhere outdoors. The backyard, the mountains, the lakes, the desert ATV trails. Outside was where he loved and wanted to be. He was a lover of fishing, camping, hunting, ATV riding, golf, and any other adventures he could find to have fun. And most of all, he loved his wife Marianne and their family. He loved and cherished his time spent with his family. Any time together was the best of times to him and Marianne .He bought their ‘forever from now on, ready to retire’ home in Lewiston, UT in 2018. He was excited to make that home ‘theirs’ and create an inviting environment where his loved ones could come to visit, and take advantage of their ‘open door, open bed’ policy. He worked two extra years until he and Marianne could retire together. That time had finally come, and the pair retired in February 2020. They had spent time camping, fishing, and relaxing until his unexpected hospitalization in December 2020.

There, with his family always near, he battled the pancreatitis diagnosis and medical complexities that it came with. He leaves behind his wonderful wife, Marianne (Lewiston, UT), sons Monte (Cynthia)Speer, Dominic (Lisa) Speer, daughter Bobbi (Matt) Ernest, and Kris (Jeff) Bjerregaard. He was blessed beyond belief and enjoyed his beloved grandchildren; Jacoby, Riley, Avery, Miles, Brittney, Bradley, Nevaeh, Sydney, and countless close loved ones and friends .Though his human shell is gone, he will forever thrive in our hearts with the many happy,joy-filled and loving memories we all had the privilege to share with him.

Memorial services will be held in his honor on Friday, July 23, 2021 at Sunset Mortuary in North Logan, UT. 4pm-6pm. Please join us if you would like to celebrate and remember Robert with us.