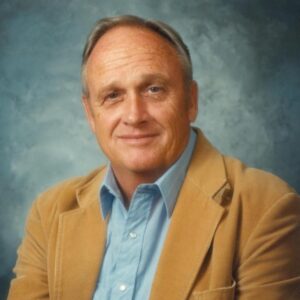 Gar was born August 19, 1932 during the time of the Great Depression in Ogden, Utah to Bud William Workman and Bessie Manning. During the early years of his life, the family lived in Ogden, Moab, Panguitch, and Bountiful.

He spent the majority of his life working in the outdoors as a Fisheries and Wildlife Specialist. One of his first projects involved mapping and surveying the lakes of the High Uintas on horseback. He was never happier than when he was working in the outdoors.
Gar had a life-long love of pigeons. He raised pigeons of various breeds from an early age and continued until his death. He particularly enjoyed racing pigeons. His love of pigeons led to friendships that lasted a lifetime.

Gar is survived by his 2 sisters Marvel and Ann of Boise Idaho, 5 children, grandchildren, and great-grandchildren.

He was preceded in death by his parents and his brother Tom.

Graveside services are under the direction of Allen-Hall Mortuary and will be held Thursday, May 6th, at noon at the Smithfield City Cemetery. A luncheon for family will be held following the service at 640 North 200 East Smithfield, Utah.