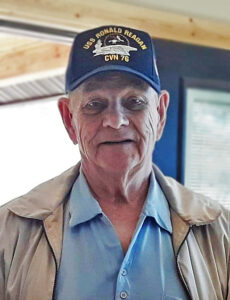 Glen was born Nov 27, 1935, the youngest of 13 children, near St. Anthony, Idaho, the son of William Alfred Howard and Rachel Elnora Thompson Howard. He was born at the family farmhouse that was still under construction and blankets hung in the place of the yet-to-be installed windows. It was a cold time. Thanksgiving came the next day and, because of Leap Year, Thanksgiving came again before his first birthday.

Before going to school, he had regular farm chores such as milking two cows by hand, feeding chickens, gathering eggs, weeding fields, and carrying water. He also had indoor chores. The family was large and everyone had to work hard. It was at this time that he learned to drive a team of horses.

He started first grade at age five and always stayed one year ahead of his age group. Glen was very strong as a kid and sometimes defended his pals against the bullies.
His father died while he was seven years old, and the family moved off the farm into St. Anthony where he enjoyed central heating, indoor plumbing, electric lights, and a telephone for the first time.

He was active in the Boy Scouts and delivered newspapers for pocket money. The neighborhood boys were always involved in competitive sports, usually in the streets or vacant lots. At South Fremont High School, he was a member of the National Honor Society, played the male lead in the All School Play, and was the high school newspaper editor. He lettered in football, basketball, and baseball, and at graduation won the service award, the school athletic award and the Hansen athletic scholarship. He won a football scholarship to Ricks College and played fullback, flanker, and punter.

While at Ricks College, he was on the Dean’s list several times. He lettered all three years in football and, for a time, held the school record for the longest punt from scrimmage. It was at Ricks that he discovered that he had special interests in foreign languages and photography.

He served an LDS mission to Uruguay for 2.5 years and returned to continue working his way through school. He graduated from BYU in 1965 with a Bachelor’s degree in Physics and as a member of the National Physics Honor Society. During his college years, he earned living expenses by working as a custodian for Bell Telephone, a math paper grader, a chemistry lab assistant, a sergeant in the Idaho National Guard, and a Physical Testing Technician at both the Idaho Nuclear Testing Station and at Hercules Powder Company in Utah.

Upon graduating, he immediately joined the US Air Force through Officers Training School where he was a Distinguished Graduate. He would served for eight years, leaving with the rank of Captain.

During his time in the Air Force he was stationed in California, Texas, Arizona, Louisiana, Italy, and Georgia. During his time in Italy, he passed military language exams as fluent in Spanish, Italian, and French, learned to sky dive, and skied the Alps. His favorite skiing spot was the Italian side of the Matterhorn. When he was transferred to Georgia, he managed the famous Wild Weasel Radar Homing and Warning system used on the F-4 Phantom and the F-15 Eagle fighter jets. While in Georgia, he met Lidia Lester Martin, and they were married November 10, 1971 in the Salt Lake LDS Temple.

After he left the Air Force, he joined Westinghouse Electric in Pittsburgh as a Senior Scientist. His first year, he worked as a nuclear physicist but found that it was actually rather boring. He spent the next 28 years working more like an engineer and retired from Bechtel (the Westinghouse successor) in 2002. His last 25 years, he worked at the INL as a Naval Chemistry and Radiological Controls Instructor and as an Examination Testing Engineer.

After retirement he spent much of his time tending to a large vegetable and berry garden. He and Lidia stayed close to home except for one trip to Rio de Janeiro for a son’s wedding.

A link to view the live broadcast of the service may be viewed by clicking here.

Condolences and memories may be shared with the family at Wood Funeral Home.