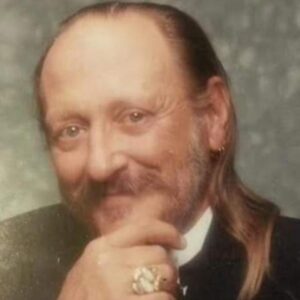 Richard was born in Logan, Utah, on April 12, 1948, to Wilford Spencer Albiston and Gladys Jeanne Brown. He passed away peacefully at his home in Paradise on March 28, 2021.

Richard was married to Karen Ruth Jensen on October 5, 1978, in Logan, Utah. They were married for 42 years.

Richard loved his family, the great outdoors, cooking, and playing pool. He could often be found somewhere in the wilderness; walking along the river or relaxing at one of the lakes while catching fish, hiking the mountainside while hunting, or working in his garden. He has had many wild adventures that helped mold his carefree outlook on life. He enjoyed the company of his friends and had a quick wit that created laughter in many settings.

He is survived by his wife, Karen and the amazing children who called him dad: Robert (Gaylene), Rex (Candace), Adam (Amber), Jerimi (Kevin), Kayci (Chad), Stephanie (Greg), Wesley, Erica, Dalys (Jeff), and Jesse. He is also survived by his brother, Karl, and cousin, Carol. He has 20 grandchildren, and 7 great-grandchildren.

A special thanks goes to the wonderful caregivers from Rocky Mountain Hospice.

There will be a graveside service at the Paradise Cemetery, 8940 South 340 East, Paradise, Utah at 12:00 noon following the Friday viewing.