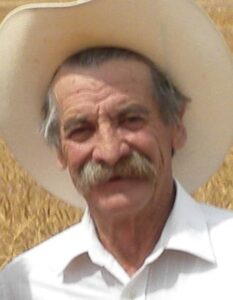 Don was born in Ogden, Utah to Muriel and Clarence. After graduation from Morgan High School, Don enlisted into the Army Security Agency and served three years between the Korean and Vietnam Wars.

Don and Dorothy became pen-pals, introduced to each other through her best friend and his army buddy. When on furlough, Don hitch-hiked from Alaska, through the Yukon Territory, down the gravel Alcan Highway, through Montana and Idaho, to meet Dorothy for their first date in Logan.

Don married Dorothy in 1959 in the Logan, Utah Temple of the Church of Jesus Christ of Latter-Day Saints, and together, they raised six children.

Don was raised on a farm on the Island Road in Morgan, where his father grew vegetables and raised cattle. A favorite childhood memory of Don’s was working in the field beside his grandfather and hearing the train sounding its horn all through the Morgan Valley, signaling that WWII had ended.

After marriage, Don was a dairy farmer in Lewiston, Utah, where he was recognized as Utah’s Outstanding Young Farmer of 1962 from the Utah Junior Chamber of Commerce. In 1966, Don moved his family back to Morgan, where he worked as an Agent for the New York Life Insurance Company, an over-the-road truck driver, and a carpenter with his father. Don eventually owned his own roofing, remodeling, and construction company, Litco Construction.

Don enjoyed leather working, hunting, competition shooting, reloading, John Wayne movies, and training and riding horses. To highlight legacy of the American Family Farmer, Don rode horses with one of his sons from Morgan to Kansas City, Missouri in 1985. Don was well known for his work ethic, attention to construction detail, craftsmanship, generosity, and love of heritage and family. He will truly be missed, but he is in a better place with his Heavenly Father, with no more pain and suffering.

Interment with military honors will be at the South Morgan Cemetery, located at 335 South State Street, Morgan, Utah at 2:00pm.

In lieu of flowers, please give to your favorite local charity.

The family wishes to thank all the many First Responders, caregivers, and friends and family.

Condolences and memories may be shared with the family at Walker Mortuary.