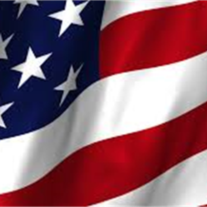 He was a pure-hearted, down-to-Earth soul who will be deeply missed by his family and friends. Chad was a loving son and brother, and a proud and devoted father to his son, Chase Douglas Harmon and his two stepsons, Seth and Jakob Shipley.

Chad was born in Provo, Utah, in July of 1973, to Layle and Marie (Varley) Harmon. He was the seventh of ten children. He spent most of his childhood in Green River, Wyoming and following his high school graduation in 1991, he joined the U.S. Army which allowed him to travel the world.

He was married in January 1994 to Kara McDonald, and together for nearly 18 years, they raised Chase. Chad was honorably discharged from the Army in 2003 and then went on to college. He graduated from Utah State University in 2006 with a degree in Human Resource Management and then found a civilian job at Hill AFB, Utah where he continued to work until his death.

In September of 2012, Chad married Lonee Larson and for over 6 years, he was a loving husband and a wonderful father. Together, they worked hard to make a home for all three of their boys, enjoyed 5K races, hiking, traveling, music, and costume parties.

Chad’s heart was broken when Lonee passed away in 2019 following a long battle with cancer. He never left her bedside during those long months before she passed; his love for her was enduring.

Chad had a quirky sense of humor that attracted others and made them laugh out loud. He freely shared his life experiences through storytelling and those hilarious stories truly were his gift to the world. Chad had just built his forever home with help from Chase and was so excited to begin a new chapter in his life. His one wish being that he could help others work through their personal traumas through him.

Chad is survived by his son, Chase and by Chase’s mother, Kara; his stepsons, Seth and Jakob Shipley; by his parents, Layle and Marie Harmon; by his three sisters: Shiree (Mike) Luczak, Wendy (Byron) McCurdy, and Sandra (Gary) Nielson; and by his six brothers, Nathan (Marcie) Harmon, Matthew (Kellie) Harmon, Wayne (Amber) Harmon, Bruce (Elizabeth) Harmon, Gregory (Kiley) Harmon, and Mark (Merinda) Harmon; and more aunts, uncles, nieces and nephews than anyone would know what to do with.

You are so very loved Chad, and you will be missed by everyone who knew you. Until we meet again…