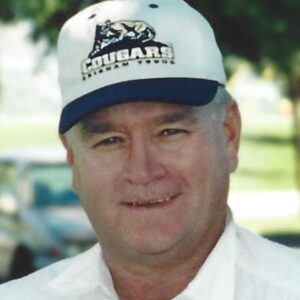 Keith Brent (Buddy) Redd was born on October 28, 1944 to Keith and Donna Hammond Redd. He passed away on February 27, 2021 from a worn out body due to a life of service and shenanigans.

Buddy grew up and attended school in Monticello, Utah where he had many great lifetime friends and partners in mischief.

He met the love of his life Sherril Jean Stalcup Redd in Moab, Utah. They were married in 1964 and later were sealed in the Manti Temple. They were blessed with 4 children. Mathew Keith Redd (Julie Hathhorn), Paul Brent Redd-Butterfield (Anthony Butterfield), Jamie Joel Redd and Ryan Alan Redd (Jen).

Buddy was a man of service. He served many through his church callings and scouting. He mentored many young men in the Boy Scouts program as a leader and Wood Badge trainer. Buddy was awarded the Silver Beaver Award. He led many Jeep safaris and dutch oven cookouts for scouts, friends and family.

Buddy graduated from Utah State University. He owned and operated Abajo Petroleum in south eastern Utah, Arizona and New Mexico. He later got involved in real estate and development. Toward the end of his career he was a business consultant for the Small Business Development Center at Utah State University, Blanding, Utah.

Buddy and Sherry were inseparable and went on many adventures together. He loved the outdoors and as a family we spent numerous memorable fun filled weekends at Lake Powell and in the red rocks. Nothing brought him more joy than his grandchildren and watching them at their events. And later bragging about them to whoever would listen.

Buddy had a mischievous streak and often had us laughing at his tales of the shenanigans of his youth and was a master story teller.

Buddy is survived by his sweetheart Sherry, their children and his siblings Paul (Chris) Redd, Curtis Redd, Donnalee (Dan) Wolfe, and Cindy (Pat) White. He is preceded in death by his parents, sister Jeanne (George) and brother Ricky.