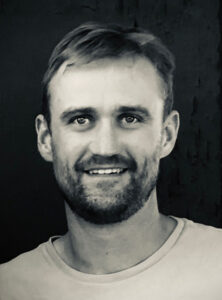 He was born on May 18, 1988 in Murray, Utah, the fourth of five children of Shirley (Garrett) and Gregory Lynn Stuart. Ryan was an active, inquisitive child with a contagious laugh, a goofy grin and an undying love for the Utah Jazz. Ryan had a strong drive to accomplish what he set out to do. Growing up next door to his maternal grandparents created a strong bond and he was fortunate to have the influence of extended family on both sides to support him and cheer him on during his growing up years.

Ryan was raised in the Church of Jesus Christ of Latter-day Saints, was active in Scouting and earned his Eagle Scout award.

He attended Syracuse and Clearfield schools where he was an excellent student and athlete. During high school, Ryan ran track, was captain of the varsity football team, a member of National Honor Society, and graduated from Clearfield High School in 2006 with a 3.9 GPA.

Ryan received an appointment to and attended the United States Air Force Academy in Colorado Springs, Colorado. He later graduated from Utah State University with a bachelor’s degree in Operations Management.

Ryan was a creative, hardworking, deep thinking and imaginative man with a keen intellect and a good heart. There was little he could not achieve when he set his mind to it. He used his creativity and work ethic to build his business, Renov8 and Cre8, LLC, doing quality renovation work in the Ogden area. Ryan had a generous, tender spot for people who were down on their luck or homeless and would seek them out to work as day laborers on his job sites when he could.

Ryan’s creativity and artistic abilities found many diverse outlets. He found ways to modify discs to improve his disc golfing game, he completed a welding course, spent hours drawing and painting, and loved to compose his own music on his piano. Using skills learned in his maternal grandfather’s wood shop, along with his own creativity, Ryan found home remodeling to be another avenue for his artistic talents. He commented that he often felt his Grandpa Garrett’s presence as he worked on renovation projects. He believed, and demonstrated, that he had the ability to turn rubbish into beauty. Using his widely diverse creative and artistic abilities was therapeutic and brought relief to his soul. The individualized gifts that he made for his family are treasured and represent not only his creativity but also his good heart.

Ryan loved the outdoors, particularly long boarding, disc golfing, hiking and snowboarding. He found solace in spending time in the mountains, particularly with his faithful dog, Bella. He once said, “I wish I was half as cool as my dog thinks I am.”

Despite all with which he had been gifted, Ryan battled mental health and substance abuse challenges which affected every aspect of his existence for much of his adult life. Addiction and mental illness do not discriminate. These burdens would wax and wane over time, with Ryan only being released from them at the completion of his mortal sojourn. Those who love Ryan take comfort in the hope that he is finally at peace.

Ryan is predeceased by his maternal grandparents Verl and Lucile Garrett of Hyrum, Utah previously of Syracuse, and his paternal grandfather Kenneth Stuart of Uintah.

Services will be live streamed and may be viewed by clicking here and scrolling to the bottom of the page.

COVID guidelines will be followed and the family respectfully requests that masks be worn.

In lieu of flowers, donations may be made to the Ogden Rescue Mission to continue Ryan’s generosity to those who struggle.