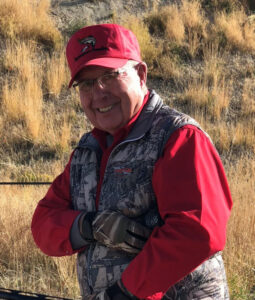 Robert (Bob) Lee Whitaker, a giant in the construction industry, died February 8, 2021, while exploring the desert near Yuma, Arizona in his Jeep with a group of friends.

Bob was born on February 12, 1941, at Cooley Memorial Hospital in Brigham City, Utah to James William and Nedra Hunsaker Whitaker. He was 79 years old at the time of his death.

Bob graduated from Box Elder High School in 1959. He was a member of the A Cappella Choir, he had a magnificent voice. He was elected President of his junior class. Bob also attended Boys State, and was All-State in football, baseball and basketball. He graduated from Utah State University in 1967 with a degree in Accounting.

Bob married the love of his life, Pat Bonnell on February 1, 1963. They had just celebrated their 58th Anniversary.  They have two sons, James Robert Whitaker and Michael Scott Whitaker.

At age seven, Bob went to work for Whitaker Construction, the company his father launched in 1953. Sixty-seven years after its humble beginning as a “pickup and a shovel” two-man company, Whitaker Construction grew to become one of the largest utility contractors in the Intermountain West.

He was preceded in death by his parents James and Nedra Whitaker.

Private family services will be held.

Interment will be Brigham City Cemetery.

In Lieu of flowers the family wishes donations go to: Building Utah Youth@buildingutahyouthhttps://venmo.com/code?user_id=3212302341898240730 or to The American Cancer Society