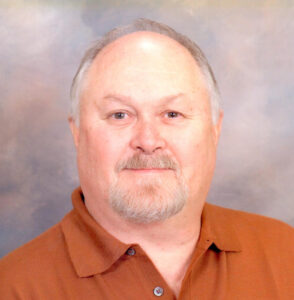 Blake joined the United States Marine Corps in June, 1960 and served as a field radio operator. He received the Good Conduct Medal, M-14 Expert Badge, and .45 Pistol Sharpshooter Badge. He was honorably discharged as a corporal in January 1964.

After returning home, Blake had many jobs: at ABC and Whitaker Construction Companies, Marquardt, Jack B. Parson’s, CRM Construction and Hill Air Force Base, where he retired in August 2004.

In 1969, he married Donna Jones and they were blessed with a son, Curtis. They later divorced. In 1977, Blake married Marla Deem and they had two beautiful daughters, Cami and Tiffany.

Blake was a member of the Church of Jesus Christ of Latter-day Saints.

Blake enjoyed camping, four-wheeling, visiting family in every corner of the state, and telling stories from his fantastic memory. He enjoyed cooking and creating amazing meals which were never duplicated. He loved spending time writing poetry, sketching, woodworking and reading every Louis L’Amour book he could get his hands on.

He was preceded in death by his parents, Clarence and Mattie; two nephews, David Bills and Brian Mortenson; and many aunts, uncles and cousins.

Interment in Willard City Cemetery, where military honors will be accorded.

A link to a live stream of the funeral services can be viewed by clicking here and scrolling to the bottom of the page.

In lieu of flowers, please consider a donation to your favorite Utah first responder organization.