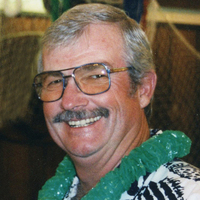 Kenneth Luther Estep, of Arbon, Idaho, passed away unexpectedly, surrounded by family, in Pocatello on Friday, January 29, 2021, of sepsis due to an infection.

Ken was born in Malad, Idaho at the Oneida County Hospital on September 3, 1949, the son of Luther and Eileen Ward Estep of Arbon. A sister, Pamela, joined the family five years later.

Ken enjoyed growing up on the family farm in Arbon where they raised wheat and beef cattle. His first year of school was at Malad Elementary, then he continued through the eighth grade in the two-room school house in Arbon Valley. He attended American Falls High School, graduating in 1967, where his bowling “career” began! He was also a wrestler and played football and remembered the tough games against Malad High. Ken was a delegate to Gem Boys’ State when he was a junior at AFHS.

After high school, Ken attended Utah State University where he received a degree in Political Science, and he honed his bowling skills. It was there he was encouraged to go “pro” on the national bowling circuit. He bowled throughout the United States and earned many awards and records. He chalked up a good number of 300 games during his career. Ken was also an excellent golfer.

He enjoyed league bowling, was a member of the Pocatello Elks Lodge, and enjoyed his lifelong friendships at the Arbon Store in Pauline.

After college and bowling, Ken worked for a time as a financial advisor and insurance agent in Pocatello, then returned to the farm full time.

Then along came Valaree Jenson. They actually met when they were kids, and Valaree’s family farmed during the summers in Arbon Valley. A few decades later their paths crossed again, and a friendship was rekindled. Ken and Valaree were married at the Luther and Eileen Estep home in Arbon on June 11, 1994. It was a great match.

Throughout his life, Ken served on many boards and committees in service to the public and to those engaged in agriculture and the cattle industry. He served honorably as Power County Commissioner for 15 years. During that time he received the Idaho Association of Counties’ Mills-Adler Award, and served on the ICRMP Board. Ken was a great mediator, and remained friends when the dust settled.

Ken was appointed to the Southeast Idaho Health District a number of years ago, and continued as the District’s chairman until his passing.

He was always working to help Arbon Valley – from running the Arbon scales to calling the garbage truck when the dumpster needed to be dumped! No task was too big or too small.

Ken and Valaree had a “bucket list” and enjoyed traveling. They especially enjoyed visiting the Estep relatives in Kentucky, and visited 41 states. They traveled in Scandinavia and the British Isles, Canada, Mexico, Panama and beyond. The list is long, but their plan to visit all 50 states was cut short.

Ken was a good man, and the world was a better place because he was in it.

He was preceded in death by his father and mother, Luther and Eileen Ward Estep; in-laws, Vernon and Rhea Jenson; brothers-in-law, Tom Jenson and Black Monte Thomas.

A graveside service will be held Saturday, February 6, 2021, at 1:00pm at the Malad City Cemetery, Malad, Idaho.

The family requests that COVID-19 distancing and masking guidelines be observed.

In lieu of flowers, donations may be made to the Power County Historical Museum powercountymuseum@gmail.com.