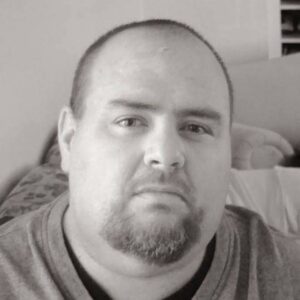 He was born on December 12, 1973 in Brigham City, Utah, a son of Kenneth Eldon and Teresa North Dickamore.

He married Melissa Miller and from this union they had three children, Austin, Aubrie and Gavin. They were later divorced.

Brandon received his FEMA CNA and worked at a care facility in Logan, Utah.

Brandon loved being with his family and grandchildren. He enjoyed fishing, trips to the cabin in Island Park, and exploring new restaurants.

He was preceded in death by his grandparents, Joe and Lorene North and K.R. and Thora Dickamore.

A viewing will be held on Friday from 9:30 – 10:30am at the funeral chapel. Please wear a mask to the viewing and services for COVID-19.