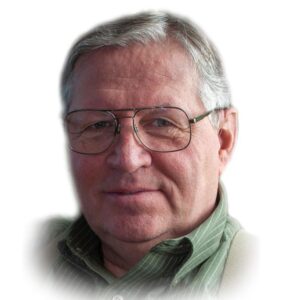 Philip Alan Harrison, 73, of Hyrum, Utah, passed away on January 28, 2021, peacefully at his home, after a valiant three-year battle with Amyotrophic lateral sclerosis (ALS).

Phil was born on September 22, 1947, in Provo, Utah, the youngest of four children born to Bertrand Fereday Harrison and Lorna Jensen Harrison.

He attended primary and secondary school in Provo and began his college education at Brigham Young University before serving a mission in Northern Germany for the Church of Jesus Christ of Latter-day Saints.

He married his sweetheart, Kathleen Francis, in the Salt Lake City Temple on December 17, 1969.

After living in the Ithaca, New York area and Salinas, California, the family made their home in Hyrum, Utah in 1984. Phil worked at the USDA Forage and Range Research Lab at Utah State University until he retired in 2011.

Phil and Kathy were married for nearly 29 years before she passed away in August of 1998. Phil fell in love with Rose Colleen Campion and they were married in January of 1999. Phil later adopted four of Colleen’s adult children.

Funeral services for family and close friends will be held on Monday, February 1, 2021 at the Hyrum LDS Stake Center. There will be a viewing from 10:00 – 11:00am and the funeral will begin at 11:30, followed by burial services at the Hyrum City Cemetery. In observance of COVID protocols, masks and social distancing will be required for in-person attendance.

Services will be live streamed and may be viewed by clicking here. Password: Harrison