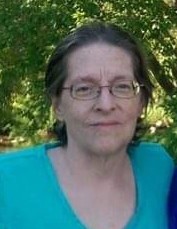 Superman’s daughter has gone to rest beside the still water. Lesa Lee (Thompson) Gardner, 64, of Provo, Utah, passed away peacefully in the early morning of January 25, 2021 with her family by her side.

Lesa graduated from Sky View High School in 1975. After several brief moves, she settled down in Provo, Utah to raise her family.

Lesa is survived by her two children:, Suzanna (Brian) Cheney, of Provo, Utah; and Nathanael (Ambra) Gardner, of Roanoke, Texas. She is also survived by eight grandchildren and three great-grandchildren. Lesa was preceded in death by her parents and brother, Brian.

Lesa always kept her family as her #1 priority. Whether as a sister, mother, grandmother or great-grandmother, Lesa was dedicated to selflessly support those around her. Because of this, many of her friends became as close to her as family members. Nothing brought her more joy than spending time with her family, especially when that included attending Sawyer Brown concerts, seeing a play or musical, or going out to the movies.

After a private viewing ceremony with her family, the burial will take place at 1:00pm at the Logan City Cemetery, 1000 North 1200 East, Logan, Utah.