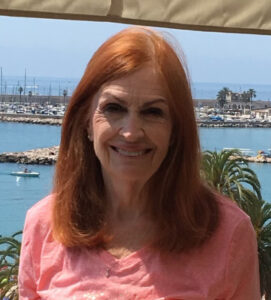 Lynda was born October 5, 1943 in Logan, Utah. She was a graduate of Logan High School and spent some time at Utah State University. She met her husband, John, in Denver, Colorado, and they were married June 13, 1969 in Logan, Utah.

Shortly after their marriage, they spent three years in Kansas City. They then moved to Omaha, Nebraska where they lived for seven years. In 1981, they moved to San Antonio, Texas where they settled down until John’s death in 2012. In 2013, she moved to Kaysville, Utah where she spent her remaining years.

She was an accomplished piano player, and while she lived in San Antonio, Texas, she taught piano lessons to many children. She also enjoyed walking each day and was well known for her dedication to walking her dogs. She enjoyed crocheting hundreds of blankets for the NW Nurses Association where they were given to less fortunate babies. She was a dedicated visiting teacher/ministering sister to her fellow ward members, and she enjoyed spending time with her family and friends. She was a great support to her children, grandchildren, sister, brothers, and friends, and she will be greatly missed.

There will be a graveside service at Logan Cemetery, 1000 North 1200 East, Logan, Utah on Friday, January 29, 2021 at 10:00am. Unfortunately, due to COVID-19 restrictions, only immediate family members will be able to attend.

We express our thanks to the many family and friends who have extended their condolences; we wish we could all be together at this time.