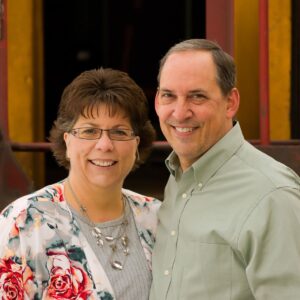 Our loving, perfect parents, Ken Lee and Lisa Ellen Stevens Wilson, passed away on Saturday, January 23, 2021 in an automobile accident.

Ken was born on January 9, 1965 in Provo, Utah, a son of the late Lorin Dean and Dorothy Jo-An Wanlass Wilson. He graduated from Timpview High School in 1983 and Utah State University in 2000 with a Bachelor’s degree in Aerospace Technology.

Lisa was born on October 25, 1968 in Logan, Utah, the daughter of Frank and Faris Stevens. She graduated from Millard High School in 1986. She attended Brigham Young University, where she met her sweetheart, Ken.

Ken served in the US Air Force for 33 years. He served in Afghanistan, Iraq, Haiti and the UAE. Following his reluctant (but always talked about) retirement from the military, Ken was employed with Hill Air Force Base as an Equipment Specialist – where his kids were never sure what he even did.

Lisa worked as a cook at Box Elder Middle School where she was loved by her coworkers, who she always spoke about with a smile and laugh.

Ken carried the family tradition by skiing, and in his jeans he still managed to out-ski both Isaac and Krista. If you knew Ken, you knew he LOVED to talk: to strangers at the gas station, endlessly to neighbors, and always had to be in the know at home. He served and worked with every ounce of his heart and adored taking his grandbabies to the park and to see puppies more than anything.

He passed on his love for gardening and his talent of managing to never finish a project. You could always count on Ken for a joke, a made-up song, or a silly dance. He protected his sweetheart, as he always called her, until the end.

Lisa carried her own family traditions of handiwork, cooking, and caring for everyone she touched. She sewed countless numbers of baby blankets for her future grandbabies, neighbors, and friends. She begged her sisters-in-law to learn to crochet scrubbies because she swore she had made hundreds already. She was the best listener and the most amazing confidant. If you knew Lisa, you knew she was the best at keeping secrets.

She would win any bake off and made her kids a little scared to eat other people’s cooking in fear it would never live up to hers. She loved with the most special kind of love and somehow always managed to be everything you could ever need. Her younger brothers built her into a tough, independent woman. She was proud she had never dyed her hair and every time her dad mentioned how beautiful the color was, she responded, “Thanks! You gave it to me!”

The family invites everyone to join the live stream services. Please click here to view additional details about Ken and Lisa’s services, including any available live streams.

A public viewing will be held on Friday, January 29, 2021 from 6:00 – 8:00pm at Gillies Funeral Chapel, 634 East 200 South, Brigham City, Utah. Masks will be required due to COVID-19 restrictions and the family welcomes any and everyone.

Interment will be in the Brigham City Cemetery, where military honors will be accorded by the Combined Veterans of Box Elder County Honor Guard.