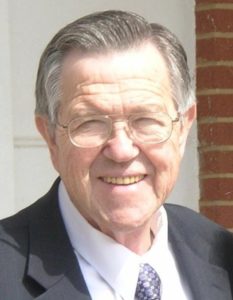 He married Lorna May Hunsaker on August 9, 1963 and together they raised 4 children.

Paul was employed by Thiokol as a material handler for over 30 years.

He was an active member of The Church of Jesus Christ of Latter-day Saints, and served four full-time missions with his wife.

In Paul’s spare time he enjoyed collecting stamps and coins, recording music, and he loved trains.

He will be greatly missed by his loving wife of 57 years, Lorna Adams; a daughter: Karla (Thaddeus) Ariens of Brookville, Indiana; two sons: Nolan (Linda) Adams of Salt Lake, Utah and Anthony Adams of Taylorsville, Utah; three granddaughters: Talia, Tori, and Terese; one grandson: Andrew; one great-grandchild; one sister, Beverly Barrera of Centerville, Utah; and one brother, LaVere Adams of St. George, Utah. Paul was preceded in death by both of his parents, as well as one daughter, Teresa Adams.

Paul will be laid to rest in Tremonton, Utah.

The funeral service will be live streamed and may be viewed by clicking here.