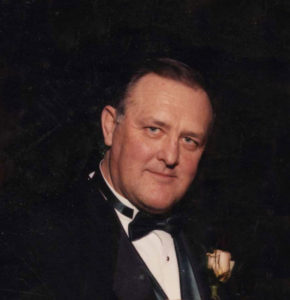 He was raised in Wellsville attended Wellsville Elementary and graduated from Sky View High School.

Gary married Patricia Ann Pett on August 26, 1966 in the Salt Lake Temple. Together they raised their family in Brigham City and moved to Perry in 1998.

He was an active member of The Church of Jesus Christ of Latter-day Saints. Serving as Scout Master for 17 years, Sunday School President, Elders Quorum President, Gospel Doctrine Teacher, Ward Clerk (favorite calling) and Brigham City Temple Worker. He worked at Hill Air Force Base and received many awards.

Gary adored and loved his grandchildren and great-grandchildren; he was the funniest Grandpa.

He was an avid BYU fan, he enjoyed gardening, fishing, hunting with his sons, spending, time in the great outdoors with his boys. Spending time with family was the most important. He would do anything for his family. Gary had a great sense of humor and the ultimate teaser.

Special thanks to McKay Dee Hospital ICU for all their loving care of Gary.

Those wishing to view the live stream of the services, please click here.