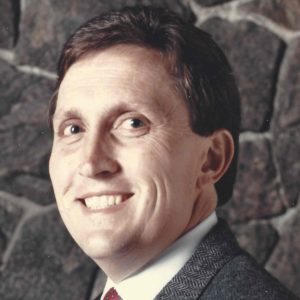 Our loving husband, father, grandfather, uncle and friend, Blaine Evans Phipps, 68, passed away peacefully on Sunday, January 24, 2021 at the Logan Regional Medical Center due to pancreatic cancer with complications from COVID-19.

He was born on September 30, 1952 in Spanish Fork, Utah to John Curtis and Clara Evans Phipps.

Blaine graduated from Spanish Fork High School in 1970. In 1972, he served two years in the California Los Angeles Mission for the Church of Jesus Christ of Latter-day Saints.

In 1980, Blaine graduated from Brigham Young University with a master’s degree in civil engineering and began to work at Thiokol, now Northrup Grumman. Blaine analyzed the Space Shuttle Solid Rocket Motor nozzles. He was instrumental in the redesign of the Solid Rocket Motors after the Challenger Space Shuttle incident. Everything on the solid rocket motors was reviewed, including the nozzles. Because of his technical expertise, his integrity, and his great communication skills, it was not long until Blaine graduated from nozzle analyst to manager of the nozzle group. In that position he made the call on whether or not the RSRM nozzles were structurally ready to fly. If there was ever an issue with a nozzle, Blaine had the strength to stand up, make his concerns known and stand his ground. Blaine was a pleasure to work with and admired, respected, and loved by his co-workers.

Blaine retired from Northrup Grumman at the end of 2014 and then was hired by Boeing in Everett, Washington to do contract work on their 777X. His work was so admired that Boeing let him move home to Brigham City and work remotely. This was long before working remotely was in vogue. Blaine returned to Promontory and ended his career working on the Space Launch System (SLS) Solid Rocket Motors. His analysis work was important in improving and validating the SLS Solid Rocket Motor design.

His greatest love at work was building computer models called finite element models that were used to virtually predict whether or not designs were adequate. In simple terms, Blaine did work to prove that things would not break and he was really good at it – one of the best! His finite element models were a work of art.

Blaine had many interests and a love of learning. He excelled in everything he endeavored to do.

In 2019, Blaine was called with his wife to serve as Ordinance Workers in the Brigham City Temple. He served faithfully in the church his whole life and was currently serving as executive secretary in the Springs Hollow Ward in Fielding, Utah.