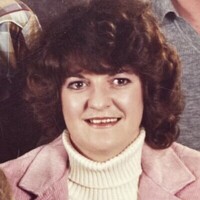 Barbara was the oldest child of four and was born in Malad, Idaho on June 30, 1943 to Claire J. Davis and Caryol Browning Davis.

She was raised in Downey, Idaho and graduated from Marsh Valley High School in 1961.

While living in Logan, Utah Barbara worked at First Security Bank. After Ron graduated from Utah State University, they made their home in Lava Hot Springs, Idaho. Ron purchased 25 acres across the railroad tracks from where he grew up. Ron and Barbara ran the farm while Ron taught school and Barbara worked at the Idaho State Journal. In 1978 they resettled in Green River, Wyoming. After Ron passed away in 2015, Barbara remained in Green River then moved to Rock Springs, Wyoming and then to Cheyenne, Wyoming until her passing.

Barbara was greeted on the other side by her parents, her loving husband Ronald, his parents and two brothers LeRoy and Max, one granddaughter Hope Hall, and a brother-in-law, Von Elcock, as well as numerous aunts, uncles, cousins, and friends.

Due to COVID-19 restrictions there will be a family only gathering at the Horsley Funeral Home in Arimo, Idaho at 12:00 noon on Saturday January 30, 2021.

Graveside services will take place at the Downey, Idaho Cemetery.