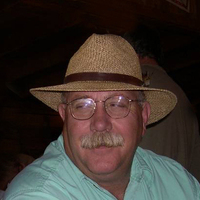 Landon was born October 17, 1956 to Lucy Jane Stocking Hayes and David Carlett Hayes in Soda Springs, Idaho. Landon was a member of the Church of Jesus Christ of the Later day Saints.

Landon was the youngest of five children. He grew up in Soda Springs and loved going with his father trapping and to the Stocking ranch to work even at an young age. His father believed in instilling work principles at an early age. He knew if you wanted to play you had to work first. He especially liked to go fishing and hunting with his father. He worked for a few different ranchers and farmers while growing up as well as the city transfer and storage, and the local feed and seed store.

Landon graduated from Idaho State University electrical technology/instrumentation. He worked as a maintenance electrician and instrument man his entire career with 26 years with J. R Simplot company and 12 years at the Idaho Nuclear Engineering Laboratory. Landon retired from his career in September 2017 following an illness.

Landon was an avid sportsman. He loved the outdoors and was often with friends either fishing, hunting, or in the back-country on horseback. At least once a year he and friends would mount a trip into the Frank Church River of no Return Wilderness or The White Clouds.

Landon enjoyed snow skiing and was very proficient at it and that is how he met his wife Annie Chambers, in the early 80’s. After a long engagement they married in 2001.

He was preceded in death by his mother Lucy and his father Carl.

Memorial services will be held at a later date.