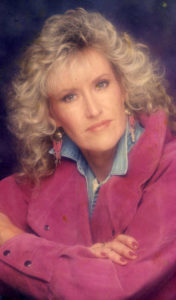 After her birth in Brigham City, Utah on January 24, 1951 to Bernice Campbell Vickers and John Ray Vickers, she was raised in Murray and graduated from Murray High School in 1969.

She moved to Fresno California where she obtained an A.S. in Chemistry from Fresno City College (1972-1975) and a B.S. in Computer science at Coleman College (1978-1980). In 1985. She then moved to South Jordan, Utah, By 1998, she moved to Brigham City, Utah where she raised her son Colton enjoying the small town life and was welcomed by the Methodist community.

She was passionate about her career and excelled in her field as a System Analyst/Database Architect, beginning with her position at Hercules Inc. (1985), and followed by advances to her career at Morton International (1992) Flying J. Inc (1998) and the U of U, School of Medicine (2011)

She was an unwavering example of devotion to and dearly loved spending time with her son Colton. She was an extraordinary woman with a cascade of talents including interior design, golf, western dancing and making friends wherever she went. She was forgiving with love and compassion to any who were a part of her life.

Dian is survived by her son Colton Pickarts, truly the love of her life, sisters Debra Vickers Tollstrup, Judy Vickers Burke alongside an abundance of friends and extended family.

Dian was preceded in death by her son Marcus Edwards Pickarts, her parents, and siblings Kathryn Vickers Gruber and John Campbell Vickers. May she rest in peace

Mom, you have always been there for me and taught me everything I know. I will never forget you. I love you and you will be dearly missed – Colton

Interment will be held at Brigham City Cemetery.