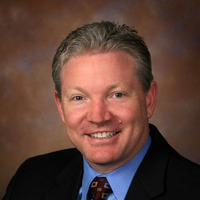 Craig William Donaldson M.D., 58, on December 31, 2020, left his mortal home to begin a new journey in the next life. Craig’s healthy body gave its last breath with his wife Annette and sons Andrew and Jacob at his side.

Craig was born November 9, 1962, in Salt Lake City, Utah, to William R. and Connie Lou Riggs Donaldson. As a child, he was full of life and energy. Craig was raised in Murray, Utah, and grew up loving and playing sports. He graduated from Murray High school and served a mission for The Church of Jesus Christ of Latter-Day Saints in London, England.

Following his mission, he graduated from Utah State University in Logan, where he also played football. Craig started his medical path in Salt Lake City, where he attended the University of Utah Medical School, receiving his M.D. in 1993.

During his time in Medical School, he married the love of his life Annette Thompson Donaldson to whom he would remain faithfully and loyally married for nearly 30 years. They were married on June 14, 1991, in the Salt Lake Temple. Craig and Annette’s marriage is an example of true love and friendship. They were best friends. Often during work Craig would take time to call home and check in on Annette. They always had something to talk about and made sure to prioritize each other above all else. Craig learned to play golf because of Annette’s love of the sport. They would go on golf dates most Fridays and Saturdays throughout their life together.

Following medical school, Craig and Annette moved to Columbus, Ohio, where Craig completed his internship. He made lifetime friends in the year they were there. After their time in Columbus, they moved to Buffalo, New York, where Craig began his Radiation Oncology residency at Roswell Park Cancer Institute. It was the start of his passion and career that would later impact the lives of so many people.

On June 17, 1997, Craig welcomed his first son Andrew Craig Donaldson into the world. Eight days later, Craig, Annette, and their new son traveled thousands of miles across the country to Las Vegas, Nevada, where he started his medical career with Comprehensive Cancer Centers of Nevada. Las Vegas would be called home for 9 years and would include the addition of another son.

On June 13, 1999, Craig welcomed his second son Jacob William Donaldson into the world. He always loved his sons and would do anything for them. They enjoyed playing golf together, skiing, and watching movies. He set an example to his sons on how to treat women with respect, especially in his relationship with Annette. Craig was always encouraging and inspired his sons to improve in all aspects of their lives.

Annette’s sister, Valoie Thompson was always welcome in Craig’s home and was a regular part of family activities.

Following Craig’s nine years in Las Vegas, he and his family moved to St. George, Utah, during April of 2006. He would go on to develop the cancer program in St. George and Cedar City, Utah. Thousands of people’s lives were touched by his treatment and care. He always tried to make his patients feel better and comforted about the future.

While in St. George, he served as a Bishop for The Church of Jesus Christ of Latter-day Saints. He cared for the spiritual and physical needs of a congregation without compensation. His five years as a bishop were spent between medically saving and spiritually lifting people. He remained a disciple of Christ throughout his life, faithful and true to his covenants with God. He was always willing to serve where the Lord called him and always sought the positive side of difficulties.

Craig loved dogs and welcomed into his home two wonderful Doberman Pinschers: Ky and Saber. At the end of his life, he was preparing to bring home a new German Shepherd named Benz for his sweetheart Annette.

At the time of his passing, Craig was the Director of Radiation Oncology at the Intermountain Cancer Center St. George. He built a legacy in cancer treatment and care in the Southern Utah area. Most people knew Craig for his cheerful disposition and calming presence. He was loving and proactive, faithful, and honest. Craig’s light and legacy will be remembered for generations. Craig was a rock to his family and the community he so deeply impacted.

Services will be live streamed, and may be viewed by clicking here.

Interment will be in the Tonaquint Cemetery.

Masks are required for those attending services.

Condolences and memories may be shared with the family at Metcalf Mortuary.