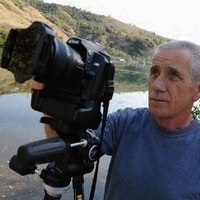 Following high school, John attended Reid Kerr Technical College and graduated with a four-year degree in construction and carpentry.  For several years after graduation he continued to advance his technical skills within the construction field and with determination and talent, he was later appointed to Building Inspector for the Renfrew District Council in Paisley, Scotland.

On March 25, 1972, John was united in marriage to Sandra Jean Park at Mosspark Parish Church in Glasgow, Scotland.  Together they had two children, Craig and Carlene.  John along with his family immigrated to the United States in July 1979, settling in Logan, Utah and later Smithfield, Utah seeking better opportunities for the family.  John continued to work in construction building homes for a couple of years but in the early 1980’s along came a recession and the construction industry was hit pretty hard.  This led to John having to change direction, fortunately, an opportunity opened with American Linen Supply for a number of years and then moved to Schreiber Foods, a private label Dairy Manufacturer for many years.

John had a passion for soccer and played in club teams growing up in Scotland. His passion drove him to start boys’ and girls’ soccer teams at Sky View High School.  His coaching earned the Sky View High School their first boys State Title.  He coached for over 15 years for both the high school and at Utah State University.

On a family trip to Hawaii, John picked up a new camera starting a lifetime hobby of photography.  His love of the outdoors and natural eye for landscapes, nature, and stills won him awards.  He honed his talent and it became a successful small business for him; he often would share his photos with family and friends.  John moved to Prairie du Sac, Wisconsin four years ago to be closer to family, an area he loved because of the outdoors, nature, and more especially the eagles!

In addition to his parents, he was preceded in death by his second wife, Elizabeth Carlisle, and his grand-dog, Rowan.

As per John’s wishes, a private family service will be held.

Condolences and memories may be shared with the family at Hooverson Funeral Homes.