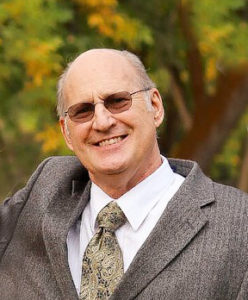 Mike Baird was not a celebrity. He was something better. He spent his time and talents making the lives of others more meaningful. Whether changing the lights in the LDS Temple or helping a widow re-wire her basement, he was forever reaching out.

And on December 28, 2020, after a battle with pneumonia, Mike reached out to his Maker and returned home.

J. Michael Baird was born on July 2, 1949 in Brigham City, Utah to Don and Beth Baird. His father was an electrician and Michael would take up the trade, turning his journeyman’s license into a 20-year career at Thiokol.

A child of the Eisenhower 50’s, Mike grew up in a Brigham of carp scrambles and turkey shoots, of chicken coops and cherry orchards. He enjoyed a good chat about “those thrilling days of yesteryear.”

In 1967 he graduated from Box Elder High.

On November 21, 1969 he married LeAnn Peterson from Fielding, Utah.

They’d met on the fly. While “dragging” Main, Michael spied LeAnn and her Bear River gal-pals honking at boys. He leapt into the street to flag her down.

A lanky westerner, Mike blazed his own trail. When friends cheered for The Beatles, Mike took a shine to the Monkees. Later on, when couples would head off to a rodeo, he and LeAnn went looking for Native American pow-wows.

Early in their marriage they were called to serve the Native American youth of the LDS Church.

They never got around to being released.

Perhaps Michael embraced Native culture because his stoic nature was a good fit, or maybe the “fancy dances” added color to his quiet world.

But most likely, he simply saw an opportunity to lend a hand, a chance to help out and extend the presence of God.

For if Mike was always reaching out, he was also a man who reached up. He was faithful in his faith. And over the years he held many positions in the Church of Jesus Christ of Latter-day Saints, including ward mission leader, high priest group leader, primary teacher and temple electrician. At the time of his passing, Mike and LeAnn were the Cleaning Coordinators for the Brigham City LDS Temple.

Once, after caring for the temple into the wee hours, he said: “I’m convinced the temple’s being put to use 24 hours a day.”

In the end, wherever Mike served, he served with common sense and a winking, common touch. (Sitting by him during Sunday services meant getting offered a LifeSaver between speakers.)

In recent years his body began to slump, but his resolve to lift others never did. A comment by Rick Warren comes to mind:

Mike Baird could have written that line.

There’s no question he lived it.

Burial was in the Fielding, Utah Cemetery on Thursday, December 31, 2020.