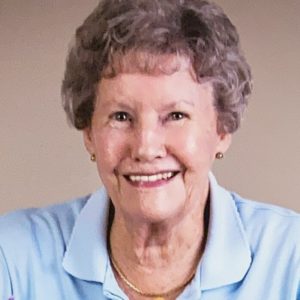 For most of her life, Sindy didn’t venture far from the area of her parent’s home where she was born.

On March 25, 1922 she was born to Christian and Mary Hart Bouwhuis. The family farm was part of the land her Grandparents first settled when they came from Holland. Sindy was the second of 5 children and with her passing now she outlived all of her siblings and their spouses. Foremost in her mind these last 6 months has been a great desire and determination to return to the farm and its memories.

Sindy married Albert Tenbrink, a family friend she had known all her life on June 20, 1940 in Salt Lake City, Utah. They first lived on Lake Street in a 2-room house and ‘a path to the outhouse’. In 1954 they built a nice home on 3300 South in Ogden on land subdivided from the original family farm so once again she was living as neighbors to parents and siblings who had built homes for their families as well.

Her son, Ralph was born in 1941 and Albert Ted in 1943 on Father’s Day and his parent’s anniversary.

Sindy’s main career was in raising two sons and keeping a clean home. She made their clothes and knew about doing laundry by hand and hanging it out to dry. As a family they raised their own chickens and beef and processed it themselves. At age 42 she had her first “money paying” job when she went to work at I.R.S. as a key-punch operator. Sindy had many good friends in her life with whom she enjoyed socializing as family, friends and neighbors.

In 1980 Albert and Sindy moved from Ogden to West Point. Here they had good neighbors and enjoyed their retirement years. They continued to travel to Yellowstone several times a year which was a favorite place for them.

After Albert died in 2002 Sindy eventually went to Idaho to live closer to her boys. When Ralph resettled to Coeur d’Alene, Idaho she did, too. She lived in assisted living the last 4 years but fell and broke her hip December 1, 2020 and didn’t recover.

She is survived by her sons and their families: Ralph (Cheryl) of Hayden, Idaho and Ted (Robyn) of North Fork, Idaho. She has 5 grandchildren: Chris (Heather) Tenbrink of Coeur d’Alene, Idaho; Carin (Barry) Christensen of Edmond, Oklahoma; Joel (Robin) Tenbrink of South Jordan, Utah; Paige (Mike) Elwood of Ogden, Utah; and Seth Tenbrink now of Malad, Idaho. She has 14 great-grandchildren.

The family is happy to bring her home to be buried next to her husband. Abiding by COVID restrictions a viewing will be held at Myers Mortuary, 845 Washington Blvd. Ogden, Utah on Monday, January 4, 2020 from 11:00am – 12:00 noon followed by a short program and sharing of memories before heading to Washington Heights Memorial Park to dedicate the grave.

Memories of her will be more valuable to us than flowers, due to the cold weather and COVID and can be shared with the family at Myers Mortuary.