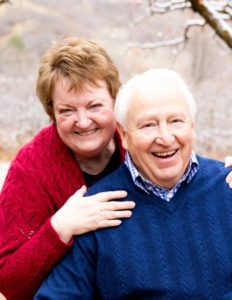 Ronald ‘C’ Kendrick passed away on December 24, 2020, at his home in Uintah Highlands.

He was born September 24, 1941 in Preston, Idaho to Dorothy Crockett and Clarence Kendrick. He attended school in Preston until his senior year, graduating from Ogden High School.

He served an LDS Mission to Eastern Canada. Ron attended Weber State College, and graduated from BYU in 1967, where he met his wife, Ruth. Ron and Ruth were married in Park City on January 9, 1971. Ron was the owner of Ogden Chrome Plating, where he worked for 40 years.

His kids and grandkids brought him the most joy. He loved to watch them play and shuttle them to and from various activities. Ron had a passion for snow skiing, and taught his kids to ski at a young age. He enjoyed spending time at the airport, where he would tinker with his airplane and boat. He loved to boat at Bear Lake, Flaming Gorge, Pineview, and Lake Powell and spend time riding four-wheelers at the sand dunes.

Ron is survived by his wife, Ruth; his children, Jeffrey (Anne) Kendrick, Melissa (Brett) Smith, and Ryan (Melissa) Kendrick; as well as seven grandchildren, whom he adored. He is also survived by his sister, Brenda (Dan) Jensen.

Graveside services will be planned for a later date.

In lieu of flowers, please consider a donation to the Huntsman Cancer Institute.

The family would like to give special thanks to Dr. Benjamin Maughan and his caring staff, as well as Dr. John Hemmersmeier, for all of their loving care and attention over the years.