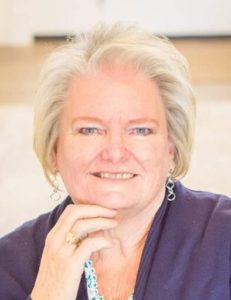 On December 26, 2020, after a brief fight with cancer, Leah Kay Christensen Coburn (68) passed away peacefully in her home. She left behind a legacy of love, kindness, and Christ-like service.

Kay was born May 8, 1952 in Great Falls, Montana to Ira and Thelma Christensen.

After many adventures at her home on the Missouri River at Ryan Dam, she left for Utah to attend school at BYU. It was during this time, she was reacquainted with a crazy and wonderful man whom she actually met when she was 11 years old while he was serving his LDS mission. Little did she know that he would become the love of her life.

She was married to Paul Mark Coburn on September 8, 1973 in Salt Lake City, Utah. Paul and Kay later solemnized their marriage in the Logan Utah Temple.

Kay ran a daycare in her home for about 14 years while her boys were young. Later, she went to work full-time at her and Paul’s shop (Paul’s Glass and Auto Body) where they were in business for 35 years.

Her family was her joy and she was blessed with four boys, four loving daughters-in-law, six granddaughters and four grandsons.

Throughout her life she satisfied her thirst for daughters by working, serving and loving the young women in the church and also those participating in the Miss Franklin County Pageant.

She also found great joy by dressing up as Mrs. Claus, following her husband around as they brought smiles and cheer to many as he played Santa.

After Paul passed away in 2006, she missed him every minute of every day. She spent her time watching over her grandchildren and going on many trips and adventures.

In her final years, she found employment, followed by love and joy as the nanny for the Molyneux family in Smithfield.

Kay was a life-long member of the Church of Jesus Christ of Latter-day Saints. She served in many callings, including Primary President, Young Women President, Relief Society President and also served in multiple Stake Relief Society Presidencies. She loved the Lord and has been described by her friends as one who lived and loved as Christ would. She showed by example in the things she said and did for others.

Kay is survived by her sons Todd (Heather), Jamie (Nancy), Dee (Sunmi), and Adam (April); her sister Beth (Dave) Finch and her grandchildren Whitney, Makenna, Sydney, Kylee, Miles, Libby, Austin, Ian, Olivia, and Gaige. She was preceded in death by her husband Paul, also her parents, and her older brothers Lance and Mark.

The services will be streamed live and may be watched Thursday at 11:00am MST by clicking here.

Interment will be in the Preston Cemetery.