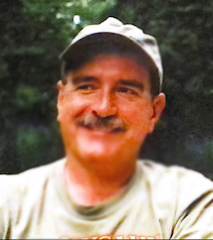 John Koeller Shigley was born on November 6, 1955 to Ted and Chelsa Fitzgerald Shigley in Mobile, Alabama. He died December 23, 2020 of a brain injury sustained in a fall.

He moved with his family to Brigham City, Utah in 1965. He was a devoted member of the Box Elder High School Football team and was a sports enthusiast all his life, especially NCAA basketball.

John attended Weber State, earning a degree in chemistry. He received a PhD in fuels engineering 1984 from the University of Utah.

He married Sally Bishop June 15, 1985 and they were married for 35 years. His greatest joys were Hannah Claire Xhou Shigley and Sarah Helen Yu Shigley, his daughters. He was united with them in Gansu, China September 12, 2004.

His career in aeronautical engineering and materials science included work for Morton Thiokol, ATK and Northrup Grumman. John was a Northrop Grumman Corporation Technical Fellow. He worked on numerous projects for the Air Force, Army, Navy, and NASA (Space Shuttle and Space Launch System Solid Rocket Motors), advancing the state-of-the-art of thermal protection systems for re-entry bodies and rocket motor nozzles. He was a Principal Investigator for the development of high-temperature metallic, ceramic, and revolutionary 2D Carbon-Carbon nozzle materials and processes for Solid Rocket Motors and Liquid Engines and was awarded numerous patents for his work in these areas.

John loved fly fishing and hunting waterfowl with his friends in Canada. He enjoyed driving and was often impatient with his wife and other slow drivers. Babies, perhaps fascinated with his large mustache, loved John.

He is survived by his wife Sally, daughters Hannah and Sarah; brothers Chuck and Ted and sisters Sandra (Oxley) and Lynne (Richardson). He was preceded in death by his parents Ted and Chelsa Shigley.

In lieu of flowers donations can be made in John’s name to Trout Unlimited. After the pandemic is less dangerous, a celebration of life will be held at his home in Ogden, Utah.