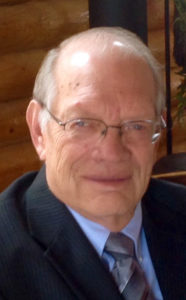 He was born April 27, 1940 in Tremonton, Utah, a son of Harold and Bernice Johnson Hansen.

He served a mission for the Church of Jesus Christ of Latter-day Saints in Hong Kong.

He married Jeanne Borgstrom on June 10, 1965 in Tremonton, Utah. Their marriage was later solemnized in the Logan Temple in 1966.

He worked at McGee and Hogan where he was a machinist, he then later worked and retired from Varian Medical Systems in 2007.

He loved snow skiing, snowmobiling, fishing, hunting, wood turning, singing in the choir, hiking, four wheeling, trap shooting, camping, and mostly being with his family. He and his wife Jeanne were inseparable for 55 years.

He was preceded in death by his parents, and one great grandson, Zade Hansen.

Interment will be in the Brigham City