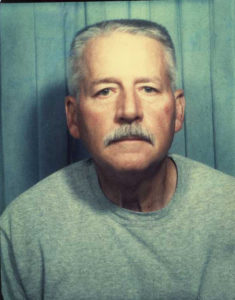 In 1959 he attended and graduated Ogden High School with Scholars but decided to serve his country joining the Marine Corp Reserves in his Senior year of High School serving 38 years to his country.

In 1966 he started work at Hill Air Force Base and retired in 1996 as a computer Analyst.

Fred and Pat had two children Teena A. Bender Frearson of Roy, Utah and Richard Bender of Ogden, Utah.

Surviving is his wife Pat Bender of 60 years of Willard, Utah and son Richard Bender of Ogden, Utah.

He was preceded in death by his daughter Teena Frearson and son-in-law Ed Frearson of Roy, Utah and brother-in-law Mike Walmer.

Graveside Services with Military Honors will be held later in the spring of 2021 in Willard, Utah.

His wife Pat and son Richard would like to extend thanks to CNS Hospice and the Lighthouse Mission at Maple Springs for their comforting and loving care of Fred.