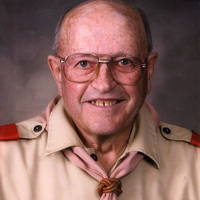 Born near the end of the Great Depression, Odell lost his father, Edmund Windsor Rice, from an accident when he was only two years old, while living with relatives in Logan, Utah. Following the loss of her husband, his mother (Melba Evans) moved back to her hometown of Malad, raising him and his siblings (Lorna Rae and Richard) with her parents’ support. On May 15, 1944, Melba Evans Rice married Harvey Alvin Jensen. They had two more children, Lorene and Clayne.

Odell was very fond of his maternal grandparents, Richard J. Evans and Rachel Pamela Jones. He developed a love for animals and spent several summers in Logan, Utah farming with his dad’s brother, Mahlon Rice.

As a child, Odell started a couple of fires, including one that burned down his grandparents’ coal shed. Another burned up a field. Incidentally, he spent a summer of his college experience fighting wildfires. He also devoted much of his adult life training Boy Scouts on fire safety and wilderness survival skills.

Odell graduated from Malad High School in 1955, maintaining lifelong relationships with his classmates. He developed as a student athlete, playing one season of football, boxing and eventually discovering track and field, his favorite sport. He earned a full ride scholarship to Utah State University (USU) in track and field and developed a lifelong friendship with his coach, Ralph Maughan. His 1961 record in the 2 mile at USU remains unbroken (as the event was discontinued).

Serving a mission to the Central States from 1957-1959 for The Church of Jesus Christ of Latter-day Saints, he spent the bulk of his time serving people in Oklahoma. Odell never ceased sharing a love of talking about his faith with others and frequently served as a Ward Mission leader in various LDS congregations. He and his brother, Richard had a very close bond and supported each other through their missions, as fellow track stars at USU, and throughout their adult lives. They graduated together from university and both loved coaching and teaching high school students.

After their high school graduation, Odell and Deanna (Hansen) married in the Logan, Utah Temple June 12, 1961. Together they had ten children and also fostered three Navajo teens. Odell cherished his marriage and children, sacrificing for them with generosity and hard work, enduring each trial that came along and living a life filled with integrity.

Odell was track/cross country coach to many students spanning a career from 1961 to 1991 in six different locations. He worked on eight different dairy farms in three states. Even after retirement, he continued to work, often helping people with gardening and farm work and repairing screens at Hess Pumice in Malad, Idaho.

He is preceded in death by his parents: Melba Evans and Edmund Windsor Rice; sister, Lorna Rae Rice Reed; his daughter, Karma; and his son-in-law, Nicholas Randall.

A family viewing is Scheduled for Tuesday, December 29, 2020 at 11:00am the Horsley Funeral Home in Malad, Idaho.  Private Family Funeral Services will follow the viewing at 12:00 noon.  We encourage anyone else wishing to witness the funeral to join us on Zoom.

In lieu of flowers, the Rice family has set up a memorial fund at US Bank.