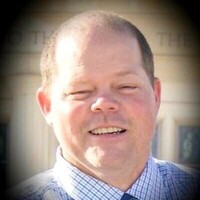 Brian Wade Burton, 39, of West Jordan Utah, passed away from heart complications on December 17, 2020, and returned to his Father in Heaven.

Brian was born to Steve and Charlene Burton and has 6 brothers 1 sister, 1 step-brother and 3 step-sisters.  Brian graduated from West Jordan High School in 2000 and was a Seminary graduate as well. In 1999, Brian received his Eagle Scout, which he was very proud of.

He married his high school partner in 2001 and had 2 children together before divorcing in 2005. He later married his eternal partner and soulmate Cheneil in 2013, where they blended families and started a beautiful, crazy, life together. They lived together in Logan, Utah before settling down in West Jordan, Utah.  Together they share 8 children, Brian’s previous 2 children, 4 from Cheneil’s previous marriage, and the two youngest they share together.

For most of Brian‘s life, he was a busybody who loved to serve others and was always on the move. When he was younger, he loved to help his mom bake cinnamon bunnies, cinnamon rolls, and was a big fan of camping and scouting.  Brian also enjoyed helping his dad with mechanic work at the shop, washing windows and even counting bolts.

Brian had various fields of employment ranging from fast food to HVAC systems.  His favorite occupation was working at the Harley Davidson shop in Logan, Utah,  and being involved in the local motorcycle clubs. Regardless of his job, he always brought his bright smile and charitable heart along.

Brian was a simple man, who loved his family and loved the Lord.  Despite facing a series of health challenges throughout his later life, Brian never lost the fight and his light never dimmed.  Even when he was unable to speak, his spirit spoke volumes and his face said it all.  For much longer than expected, Brian always pulled through, never giving up.  He remained a constant presence for his family and will do so from Heaven.

Brian was a member of The Church of Jesus Christ of Latter-Day Saints.  He was sealed in the temple to his children and wife for time and all eternity in 2018. He helped in various calling such as primary teacher and ministering partner, and many more with unyielding loyalty and dedication.

Brian is survived by his loving wife Cheneil, their 8 children, 1 grandchild, his father and step-mother, brothers and sister, step-brothers and step-sisters, and a host of many more loving family members and dear friends.  He is preceded in death by his mother Charlene and his mother-in-law Cindy Mellon.

A GoFundMe account has been set up to help the family cover funeral expenses brought on by this unexpected loss.

The viewing and funeral will take place Tuesday, December 22, 2020 at the Church of Jesus Christ of Latter Day Saints, located at 7511 South 2700 West, West Jordan, Utah.  The viewing will be held from 1:00 – 2:00pm and the funeral will be from 2:00 – 3:00pm. In observance of state mandated and health guidelines, the funeral service will be for immediate family and close family friends.

The graveside service will immediately follow the funeral and be held at the West Jordan Cemetery, located at 7800 South 1300 West, West Jordan, Utah.  The procession will be lead by Brian’s cousin Ray Clayton and his motorcycle brothers.

*Out of an abundance of caution for family members who are immune compromised, and in consideration of those who are vulnerable, at risk, or medically concerned with current pandemic situations, we ask that you please wear a mask to the services.  If you are or have been feeling sick, please consider a different method to show your love and support.