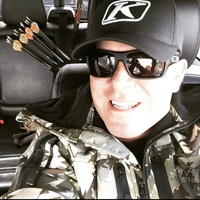 Our beloved husband, father, son, brother, uncle and friend to all Brandon Jay Jones, 41, passed away unexpectedly doing what he loved on December 18, 2020.

Brandon was born on June 12, 1979 to Brig and Teresa Jones. Brandon grew up in the Malad Valley, where he enjoyed playing football, wrestling, running track and baseball.

He graduated from Malad High School in 1998, where he met the love of his life, Mary Gibbs. They were married on August 6, 1999. During his time in Malad he worked for Thomas Farms, Thomas Foodtown, Phillips Construction and 3 R’s County Tire. In 2007, Mary and Brandon started a new adventure in Spring Creek, Nevada, where Brandon worked for the gold mines.

Brandon was a dad, friend, best bud, leader and coach. He always knew what to say and do no matter what. He was the backbone of his family. He gave the best hugs and the most promising handshakes. He touched so many people’s hearts. He was a man of love. Always there at the drop of a hat. Everyone’s Superman!

Brandon was an avid hunter and loved the outdoors. You could find him on most of his days off at the race track, snowmobiling, hunting or fishing. He is in God’s arms now and will be looking over all of us, cheering us on!

Brandon is survived by his wife, Mary Gibbs Jones. His children Blayde, Ebony and Slayde. Parents, Brig and Teresa Jones and his siblings, Jarvis (Crystal) Jones, Jessica (Eric) Moretti, Brig (Kelsey) Jones. In-laws Don and Donna Gibbs and many nieces and nephews. Brandon was preceded in death by his grandparents Jay and Mary Jean Hess, Leland and Dixie Jones and his Aunt Nannette Shaw.