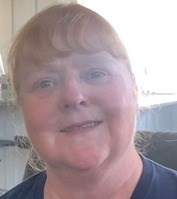 Monica Ann Jensen Porter, 56, of Logan Utah, passed away peacefully in her home on December 14, 2020.

She was born to the late Frederick Michael Jensen and Nellie Fay Henningson Jensen, on August 17, 1964 in Mount Pleasant, Utah.

Monica graduated from Sky View High School in 1982 and was a member of the Varsity Swim Team.

Monica is predeceased by her parents, her sister Jeanette, and her grandmother Bette.

Monica loved to be outdoors, and was able to out-fish even the best fisherman. She loved to shoot guns, go camping, be on the boat, and ride four-wheelers.

Monica kept an immaculate house, loved to cook and bake, and was known for having the best smelling laundry. More than anything else, Monica was immensely proud of her granddaughter and 9 grandsons. Her grandchildren gravitated to her, and loved her dearly.