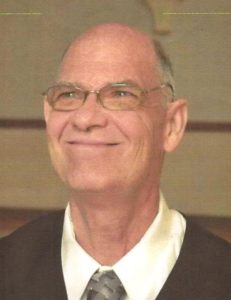 Melvin Perry McKinnon passed away on December 12, 2020 at the U of U Hospital of traumatic brain injury due to him getting hit by a car in Brigham City, Utah.

He was born in Uinta, Evanston, Wyoming to Paul Gale McKinnon and Shirlene Clarice Barnes on July 29, 1954. He had lived in Randolph, for awhile, Washington for a while, but grew up mostly in Brigham City. He lived in Ogden at the time of his death.

Melvin had worked for DDO for 25 years until it closed and then went to work at the family business where he had been employed for 24 years at the time of his death.

Melvin was a member of The Church of Jesus Christ of Latter-day Saints.

He loved watching Star Trek shows. He loved trains and enjoyed playing his railroad game and his farming game.

Funeral services will be held on Saturday, December 19, 2020 at 11:00am at Lindquist’s Ogden Mortuary, 3408 Washington Blvd., Ogden, Utah. Friends may visit with family on Saturday from 9:30 – 10:30am at the mortuary. Interment, Lindquist’s Memorial Gardens of the Wasatch, 1718 Combe Road, Ogden,Utah.

The family would like to thank the doctors, nurses and technicians that took care of Melvin. We thank you for all you did for him.