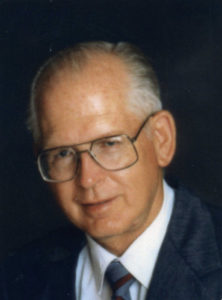 He served an L.D.S. Mission to the Southern States and in the Military during the Vietnam War. He was stationed in Germany.

He met his wife, Oleta White, in Salt Lake City, Utah. They were married in the Logan Temple on May 25, 1962 and made their home in Brigham City, Utah.

Vern served in many callings in the church, as well as community organizations.

Vern and Oleta served three missions after retirement. They have four children, Boyd Vern (Maridee) Hunter, Debbie (Stephen) Price, Tammy (David) Gneiting, and Sandy (J.D.) Williams. His greatest joy was his children, 20 grandchildren and ten great-grandchildren. The thing he enjoyed doing the most was being of service to others.

He was preceded in death by his parents and one sister, Lou Jean Sorrell.

Interment will be in the Brigham City Cemetery with Military Honors Accorded.