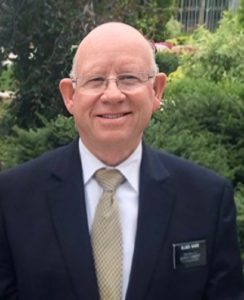 Kenneth Meldon Ward died Sunday at his home in the loving care of his wife, daughter and grandson after a brief illness.

Mel, as he was known for most of his adult life, was raised in Riverside, Utah and reflected often on cherished memories of his childhood home.  He is the son of Ira Zundel Ward and Alice Gwendolyn Smith Ward.  He is preceded in death by his parents and three brothers.

Mel served as a full time missionary for The Church of Jesus Christ of Latter-day Saints in the Southern States Mission.  He married our beloved mother and his eternal companion on March 22, 1962 in the Logan Utah Temple.

Mel was an avid hunter, fisherman and outdoorsman in his younger years.  He was also a fine carpenter, avid cyclist and expert family history researcher.  Mel was a member of the Ogden Kiwanis Club where he worked to improve the community.  He also received the Silver Beaver Award for his service and leadership in the Boy Scouts of America.

Mel dedicated much of his time and energy serving in The Church of Jesus Christ of Latter-day Saints.  He served many years as a scoutmaster, young men’s advisor, counselor to several bishops and served over 8 years as a dedicated, kind and generous bishop in the Kaysville 8th Ward.  In his later years, he continued his service as a church service missionary in the Family History Department.  He is well known and loved for his ability and willingness to teach others how to find their ancestors and prepare names for temple ordinances.  Mom and dad joined forces to serve as Member/Leader Support Missionaries where they blessed the lives of members, missionaries and leaders throughout their stake.  Our dad was always generous with his time and talents in blessing his family, friends and strangers.  Mel went about his life doing good through quiet and consistent acts of kindness, small and large, too numerous to be counted.

A private family funeral service will be held at the Lindquist’s Kaysville Mortuary on Friday, December 11, 2020 at 11:00am.  This service will be streamed live and can be viewed by clicking here.

In lieu of flowers, please consider donating to either the Church humanitarian or missionary fund.  Grandpa Mel would love it if you did some family history work!