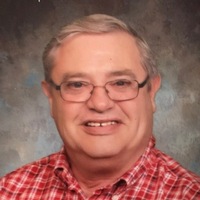 James Roy Henrikson, 76 of St. Anthony, Idaho, passed away with his wife by his side and surrounded by his children at Homestead Assisted Living in Rexburg, Idaho on December 5, 2020 from pneumonia and dementia.

He attended grade school in Portland, Oregon. Due to his fathers work he attended five different High Schools and graduated in 1963 from Tigard Senior High School. Jim joined the U.S. Marine Corps shortly after graduation on July 10, 1963 and served for four years including the War in Vietnam for 18 months as a Sergeant E-5. He later went on to graduate from Oregon State University with a Bachelors degree in Psychology in 1973.

Jim worked for the U.S. Forest Service as a Personnel Officer for over 33 years and as a Finance Chief during forest fires. For those who wondered who was beneath that Woodsy Owl and Smokey Bear costumes at the local schools and community events it was Jim. Let us not forget him being Santa Claus for many years. Later he began work as a psycho-Social Rehabilitation Worker at Upper Valley Resources & Counseling Center for 12 years where he was able to help and support people living with physical, mental and psychiatric issues.

Jim was a devout member of the Church of Jesus Christ of Latter-Day Saints. He served in many callings, Scouting for 29 years, Elders Quorum Presidency, 3 High Councils, Branch President of the Singles Branch in St. Anthony and a Primary worker. Jim and Kay served two missions. The first was at Nauvoo, Illinois from 2008 to 2010 and they were one of the first Missionaries to serve in the Pathway Mission at BYU-I in 2015. The they were ordinance workers for 8 years in the Rexburg LDS Temple.

Condolences and memories may be shared with the family at Flamm Funeral Home.